Trooper Triumph at the TT

The 2019 Isle of Man TT was plagued by tricky conditions, however, current outright lap record holder, Peter Hickman managed to increase his total TT wins to 5 as he recorded a hat trick of wins and a further two podiums.

Arriving on the Island on Sunday evening, Hickman had to wait until Tuesday for his first laps of the 37.73-mile course. Practice week weather meant no further action until Sunday, resulting in the opening Superbike race, initially scheduled for Saturday, being moved to Monday and reduced from six laps to four. 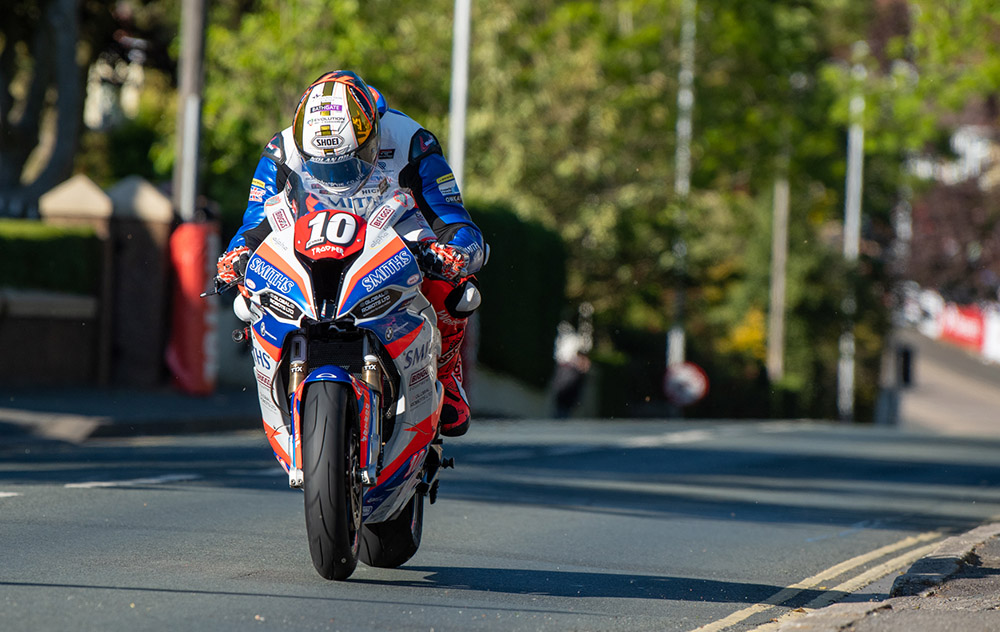 Smiths Racing made the decision to run the Superstock bike in the race. They created a hybrid by taking the Superbike swing arm and using the electronics, alongside the superstock engine. Starting from 10th, Hickman made a fantastic start and was running in P2 to 2018 Senior TT rival, Dean Harrison, at Glen Helen. He retained P2 throughout the first lap. During lap two he began to reel Harrison in and on the run down the mountain to the Grandstand he managed to pull a 1.7-second lead. Smiths Racing delivered a cracking pitstop which helped him maintain the edge over Harrison.  As Hickman arrived at Ballaugh, the race was red flagged, and eventually, the race result was declared with Hickman taking the win.

Hickman said: “I felt ok. The bike felt perfect. I was racing with a road bike engine with Superbike electronics. The pit stop was ok; I was a bit steady getting away though. But the same as last year I was faster over the mountain section and back to the Grandstand. Great work by the Smiths Racing Team as they worked very late last night to get the bike prepared for me.”

The second race of the day for Hickman was the Supersport race. Riding his K2 Trooper Triumph by Smiths Racing, Hickman finished lap one in P3 registering 125.58mph. He maintained this position in lap two registering 126.74mph however, instead of the scheduled pitstop, he saw the chequered flag being waved. The race was brought to an end by the rain.

He said:“I caught John McGuinness up as we went through Kirk Michael and wondered why he was being cautious, but as I went past him I saw it was raining, so I rolled off all the way through Kirk Michael as I wasn’t sure how wet it was. I actually checked my windscreen to see if the water was on the outside. But when I got up to Rhencullen, it was actually dry again. But hey another podium for the K2 Trooper Triumph and the Smiths Racing boys have done a fantastic job for me. Triumph UK has had a good hand in it this year, and it’s making a difference so thanks to everyone involved.”

Spectators and riders had to wait until Thursday for the next race and officials had decided to make the most of the weather running the delayed Superstock, Supersport and Lightweight races on the same day.  Hoping for another podium Hickman and Smiths Racing lined up for the Supersport race two on the K2 Trooper Triumph.  Peter wowed the crowd with a fantastic opening lap and crossed the finish line taking his first ever TT victory on the supersport.

Hickman said “I was trying so hard to win the race on the little Triumph. We had a lot of input from the manufacturer this year, and it has made a massive difference. The bike was mega, and I am so happy for the team; they have done a cracking job. This was only my sixth lap on the bike this week!” 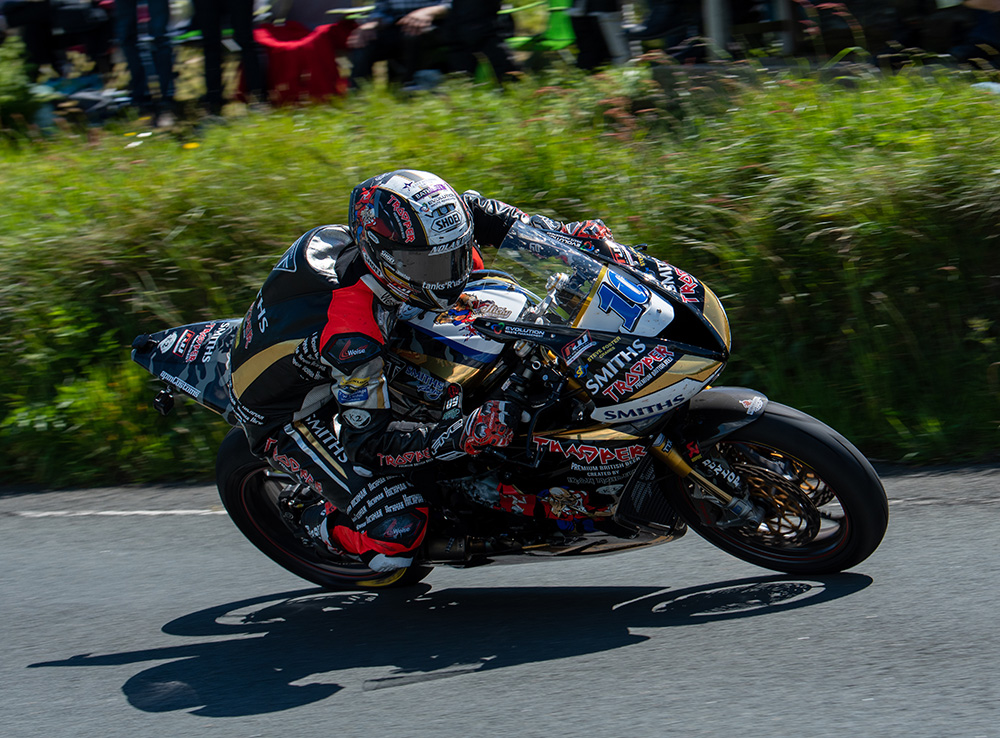 The Superstock race was run over three laps. Hickman led the race from start to finish, delivering a masterclass in road racing on the Mountain course. He crossed the line with a 26-second advantage over Dean Harrison and managed to delight the crown when he pulled a wheelie past his supporting team, positioned at the Creg.   This win placed Hickman in the elite ‘Three in a week’ club.

He said: “I don’t know what it is about this class, the last couple of years I have been so strong. The Smiths Racing team has given me such a good bike and BMW make such a fantastic S1000RR machine, and the rest is history. I just get on and ride it, and for whatever reason, it all just clicks.”

His final race of the day was on the Norton Superlight in the Lightweight class. Norton took a three-man team to the TT on the lightweight for the debut of their Superlight machine. Hickman had an issue on lap one at Bray Hill but managed to bring the Beautiful Norton home in P8.

Hickman said: “I was excited to be riding a British Lightweight bike at the TT. The ride also means a lot to me because of my Dad’s history with the Norton.”

The weather played ball on Friday and meant the scheduled Senior TT race took take place. Brought forward to the earlier time of 10am, Smiths Racing wheeled the Superbike onto the grid. There was some controversy as the team had wanted to run the hybrid Superstock; however, this had been stripped by scrutineering and didn’t allow enough time for the bike to be rebuilt.  Over the first four of the six 37.7 mile laps, Hickman was leading Dean Harrison by a whopping 17.4 seconds. However, during his second pitstop, the overheating issue that has plagued the new BMW S1000RR Superbike reared its head. Peter had to nurse the bike over the final two laps and eventually conceded P1 to rival Harrison. The lead he had managed to pull from the rest of the field in the first four laps, meant Hickman could hold on to P2.

He said: “it is what it is; we have had a cracking week. The bike was working awesome for the first four laps, but when we came in for the second pit stop, the temperature went really high. We have had this water issue and can’t really work it out, it makes absolutely no sense. We have some clever people in the Smiths Racing team, and we have changed everything you can think of but to no avail. The last two laps, if I went above 1100rpm, it just chucked water out so somehow it’s pressurising the system. It didn’t get hot, just lost water, so I had to ride around at half throttle and just short shift it everywhere. But I am happy to get another podium, and I have kept my fastest lap record!”

At the end of the week, Hickman was awarded the Joey Dunlop Solo Championship trophy for the second consecutive year. With Smiths Racing taking the team championship for the third year in a row.  Peter now returns to circuit racing at Brands Hatch for round four of the Bennetts British Superbike Championship.