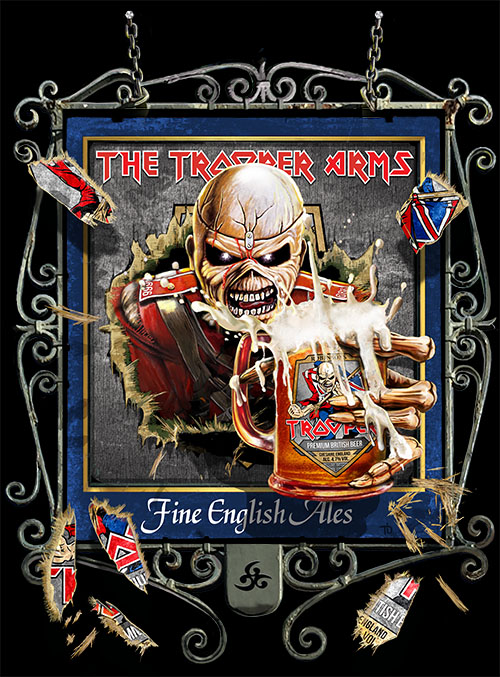 Trooper will be available at ALL the concert venues on the Maiden tour!

We’ve also got Trooper pre and post-show parties in each city, as well as pubs with badges and stickers to give away…