The Beast is Back!

Peter Hickman ended his run of bad luck with a masterclass in a thrilling Supersport race at this years Isle of Man TT races.

The Smith’s BMW rider had a tough time with the Trooper Triumph, and we didn’t see the duo on track together until final practice. Smith’s BMW worked hard through the weekend to fit their last engine to #TheBeast.

After a steady start, Peter was sitting in P3 by Glen Helen. Recording 167.8mph at the Sulby Speedtrap, it was clear he was happy with the setup. On Lap two Peter rolled into his scheduled pit stop. However, he appeared to have an issue with the pit lane limiter which lost him few seconds. Coming back on track joint third with James Hillier, it was time to put his head down and take back the position. Hillier was on a charge resulting in an epic battle over the next two laps.

It wasn’t until reaching Ramsey on the final lap of the four-lap race that Peter was able to take the position back from Hillier. Fighting hard over the mountain he came over the finish line with a fantastic time of 128.181 (17:39.654) and finished the race just 0.258s behind Harrison in P2.

Peter Hickman “Massive thanks to the Smiths BMW team. We have had a lot of trouble with the little Trooper bike, which is unusual. However, the team delivered a fantastic bike today. I got away with my usual steady style but knew I was fast enough to take a podium today. I had a little mistake in the pits. I couldn’t remember where my pit lane limiter button was, eventually, I found it, but I’d rolled cautiously half way down gasoline alley by that point. Really happy with third. Not bad for a big lad on a little bike.” 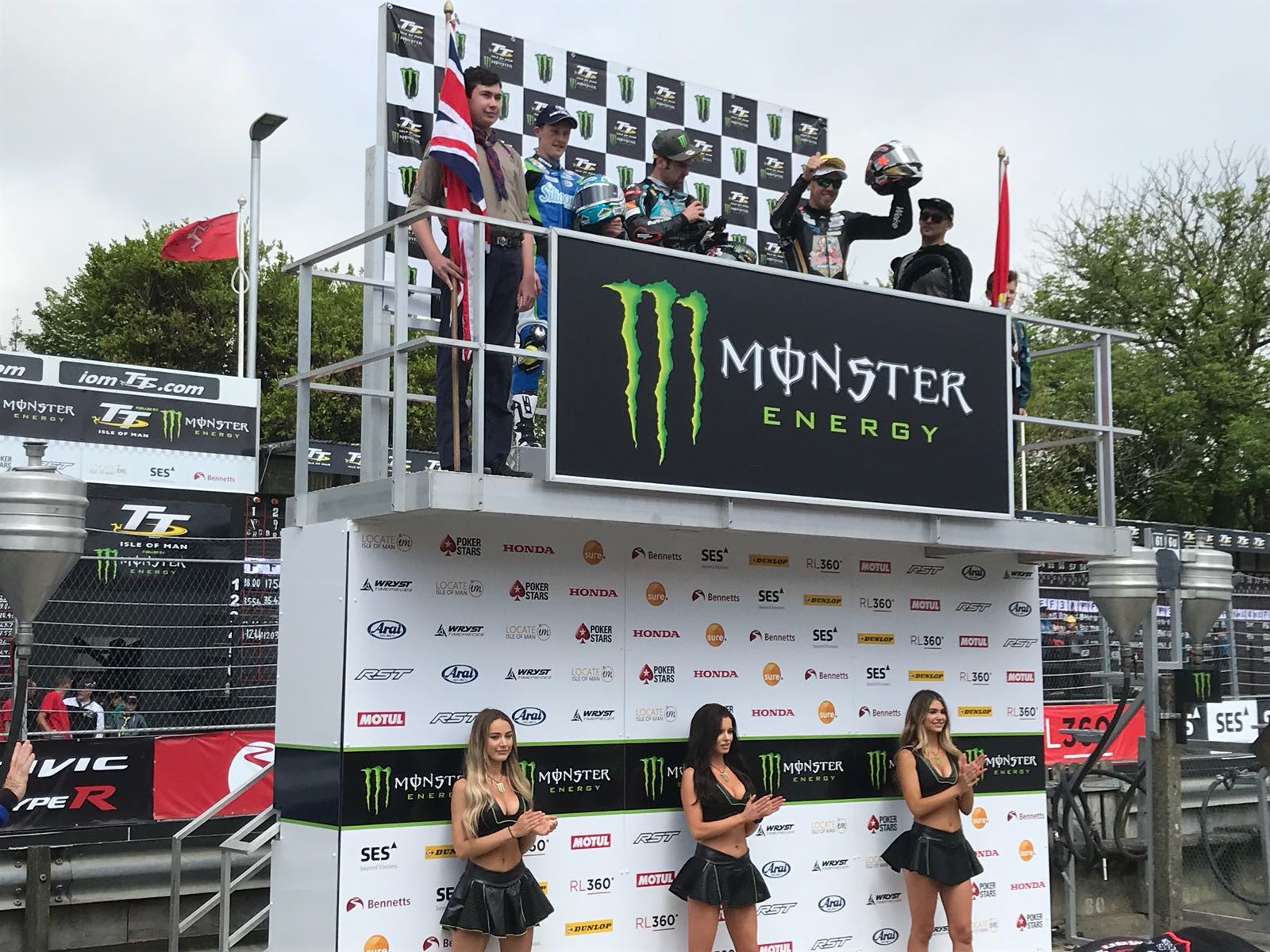