Robinsons Brewery and Iron Maiden have unveiled a strong new look for their multi award-winning TROOPER beer ahead of an exciting year for the brand. 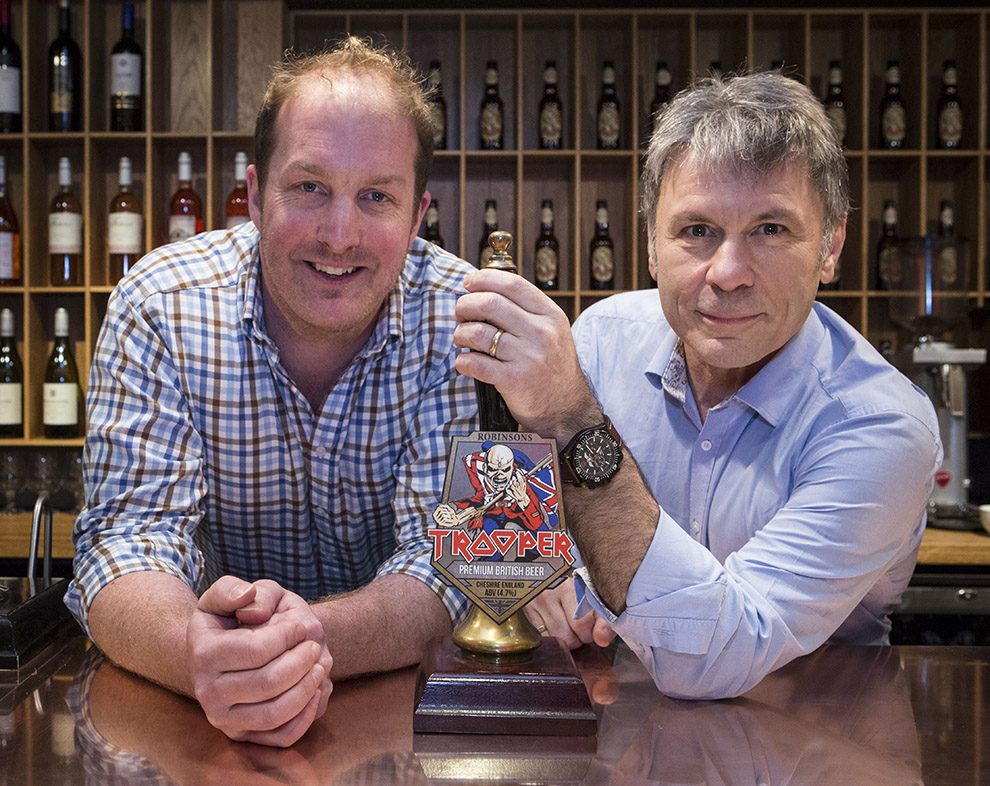 The beer, created by Robinsons and Iron Maiden frontman Bruce Dickinson, has been a runaway success, selling over 15 million pints worldwide since its launch in May 2013 and spawning two limited edition beers – TROOPER 666 and last year’s TROOPER Red ‘N’ Black porter.

John Robinson, Brands Manager for Robinsons Brewery said: “TROOPER is a true British success story. Since launching, we’ve reached millions of beer lovers and music fans in over 50 countries and, in the process, helped to fly the flag for British ale in global markets. Most recently we have exported the beer to new territories as far afield as Bosnia, Guatemala, and Ukraine. At home, we have established great relationships with all the major retailers, such as Tesco, where TROOPER has grown from an original listing of just 33 stores in the local area to 619 stores across the UK. After nearly 4 years, the time feels right to give TROOPER a sharp new look, particularly as we have further exciting announcements ahead in the pipeline. Consumer research with both landlords and customers across our pub estate showed overwhelming support for the new branding, so we can’t wait to take it out into the world.” 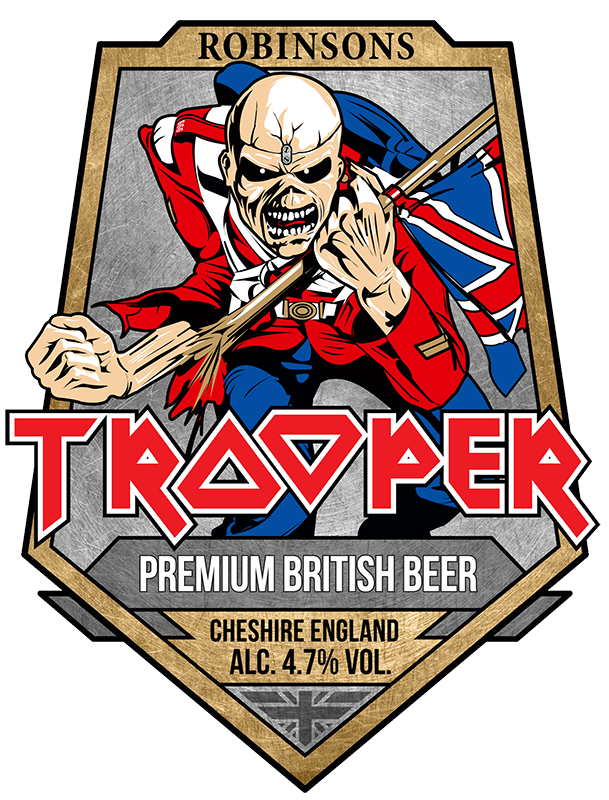 The re-brand will be rolling out from March, and will be accompanied by a full range of updated point of sale items, including TROOPER’s first permanent pump clip.

Bruce Dickinson adds: “We know that TROOPER is a great beer and I think the new branding is fantastic. It has such a strong look and I think it’ll go down brilliantly, particularly in the on-trade. We are very lucky to get so many pub listings, and this great new pump clip should help to create more permanency on the bars. I’m very excited about the year ahead.”