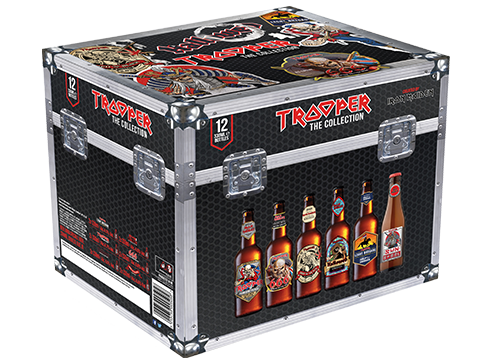 Since its launch in 2013, the 4.7% ABV Premium British Beer has firmly established itself as a top 40 UK beer brand, whilst becoming a leading player amongst exported British ales, having been sold in over 50 countries worldwide.

Along with the core range of TROOPER beers – TROOPER, Sun and Steel and Light Brigade – the collection will include three limited edition beers: TROOPER 666, first released in 2015, with an ABV of 6.6%; RED ‘N’ BLACK, a porter style beer launched in 2016, and 2017’s HALLOWED, a Belgium inspired hybrid ale. The collection will contain 12 bottles giving fans the chance to have 2 of each beer!

TROOPER Brand Manager, Sam Kennerley, said: “Is there any better way to celebrate 25 million pints sold of TROOPER than by releasing all of our beers in one collection for the very first time? We are asked daily when we are going to be re-releasing certain beers,so this is an opportunity for fans to get their hands on every beer in our collection to date!”

Along with the celebration, the release of the TROOPER collection will mark the first time that the beer is officially available on Amazon. Customers will be able to purchase from Amazon.co.uk from today with delivery estimated by 15th November. Amazon prime members will also receive free delivery. The collection will be available through Robinsons Brewery’s website to pre-order for delivery on 15th November. 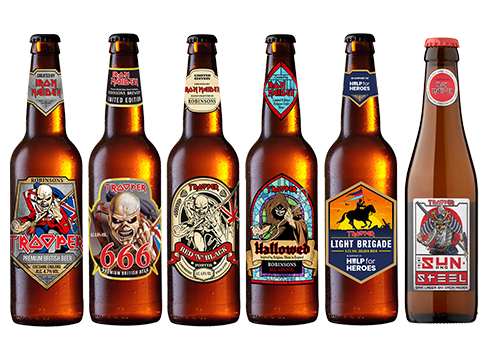 “By having our beers for sale on Amazon and on our own website, we are enabling more fans to get their hands on the beer” continued Kennerley. “With nationwide distribution, including the channel islands and Northern Ireland, Amazon will now reinforce our online presence and help more people enjoy TROOPER across the country.”

The collection box will also present an opportunity for fans to get their hands on some of TROOPER’s popular limited edition bottlecaps, which were launched earlier this year.