Peter Hickman put in a superb closing lap of 126mph on the Trooper MV Agusta to claim an excellent 11th place in Wednesday afternoon’s Isle of Man TT Supersport race.

Starting off at number 17 again, the Louth-based rider opened his account with a first lap speed of 123.485mph to slot into 10th place although David Johnson pushed him back to 11th place a lap later. Another good pit stop by the team enabled him to maintain his position although Johnson’s third lap saw him over ten seconds clear.

On the last lap around the Mountain Course, Hicky really flew though and despite still finishing in 11th place, he became one of the few riders to record a lap on a Supersport machine in excess of 126mph. Indeed, his lap of 126.083mph was a quite stunning effort and was also the fifth fastest of the race as he closed to within six seconds of Johnson at the chequered flag. 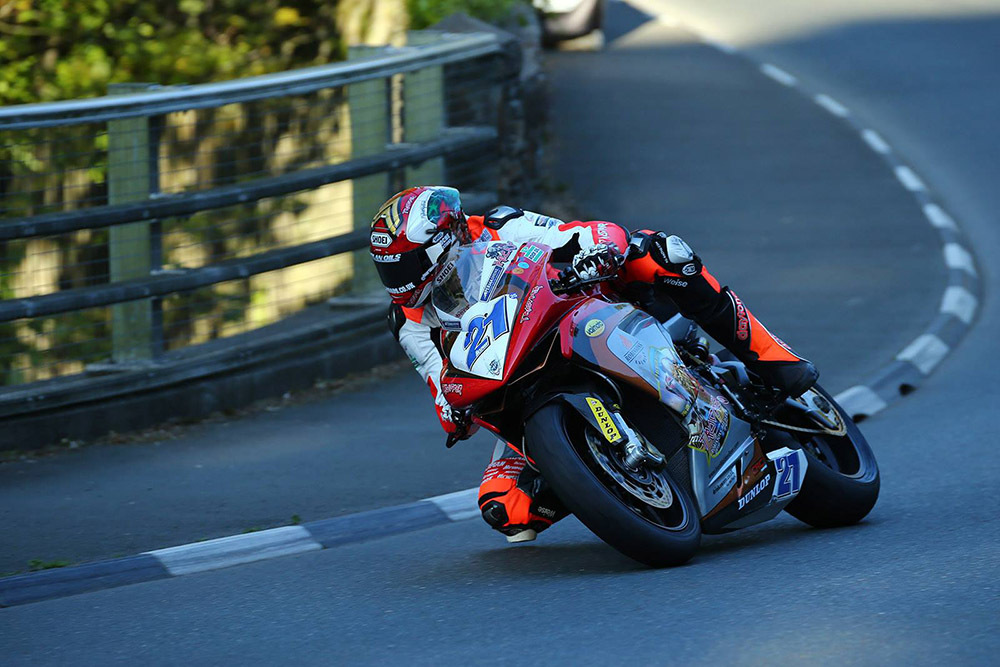 Peter Hickman: “It was a mega ride and I’m well happy with both the result and the final lap speed. It took me a while to get going after being on the 1000cc bike the day before and I’d never ridden a 600cc bike before this week so it was a bit difficult to get dialled in. Once I did though, I enjoyed every minute and the bike never missed a beat. We had a bit of a problematical week of practice but completed the two four-lap races so a massive thanks to Robinson’s Brewery and Trooper for all their support.”

Lee Hardy, Team Owner: “It’s a fantastic result for us today and I’m so pleased for Trooper and for Robinson’s Brewery for getting behind us and making it all possible. A massive congratulations to Peter as well for such a sterling effort, we’re all made up. The final lap of 126mph was phenomenal and the bike was perfect. We had another slick pit stop too so big thanks to all the boys in the team and to Jack Valentine at ValMoto.”

Peter’s final race will see him back on the Briggs Equipment BMW in Friday’s six lap Senior race.